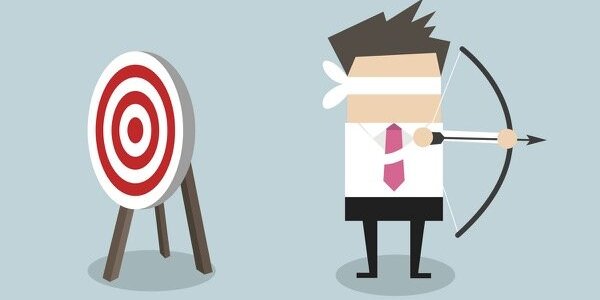 There I was, all ready with an uplifting, Happy New Year, “things can only get better” post- something to clear away the cobwebs of 2020 and look forward into 2021 with renewed hope and excitement, eyes wide with the freshness of opportunity that only a brand, shiny new year can bring.

Then, like a young faun stumbling into a forest clearing and for the first time seeing the unlimited expanse of the sky above, suddenly I didn’t feel excited and fresh with anticipation; I felt overwhelmed, stunned into inaction by the vastness of the world, by things I couldn’t comprehend much less control, the sudden realisation of my own helplessness weighing heavy. The weight of another national lockdown on my shoulders, shoulders that slumped still further as I sat wondering if I was watching the beginning of the end of Western “civilisation” on 24-hour news from across the pond.

Gill Scott Heron was wrong, it appears – the revolution will be televised. It’ll even be selfied and streamed live on the social media channel of your choice. Who knew it would involve such a lot of milling around?

I’m not going to get into the politics of all this, you’ll be pleased to hear. You’re probably about as interested in my political views as I am in yours, so let’s keep those to ourselves.

But you won’t be amazed to hear that I find myself sitting and considering the idea of ego, self-assuredness, entitlement and narcissism, and how these can so often quite happily co-exist alongside such rank incompetence.

Incompetence on it’s own isn’t the worst thing in the world, and I’m not against it per se – in fact I’m very comfortable with it. We all have it, to some degree or other, in some areas. Either you’re good at something or you’re okay at it or you’re a bit rubbish at it.

The key is knowing which. That’s the really, really important bit. Having the self-awareness and humility to admit to yourself, and to others, when you really don’t know what you’re doing.

If you know you’re crap at something, that’s conscious incompetence, and that’s okay. I happily accept the idea that I’m consciously incompetent at some things. I know what I’m not good at, and I do one of three things about it…

The first (and let’s admit the least mature) is I deride it as being “crap anyway”. Things that fall into this category include golf (can’t play, don’t want to anyway because it’s crap anyway, crap clothers), ice skating (can’t do it, bloody cold, potentially dangerous, crap anyway), DIY generally (waste of time, total crap), and ballroom dancing (I love to dance but I don’t follow steps as I refuse to wear the chains of conformity on any dancefloor. And it’s crap anyway).

The second is a lot more grown up than that, but it also takes a bit more time and effort and energy. Because the next thing I do if I’m not good at something – or not as good as I think I could or should or want to be – is that I work on it, bit by bit, moment by moment, day by day.

In this bucket goes things like being a better human being. Being the best dad or husband I can be. Being a good friend, a good neighbour. Being a good leader, a kind and thoughtful boss. I sometimes ask myself a simple question which gets to the heart of this.., thinking about all the people in my life, in every facet, and asking simply:

If they could choose someone, would they choose you?

Big question, right? But a challenge to get a bit better, every day.

The third thing I do to overcome my conscious incompetence in an area is perhaps the most sensible, and there’s no coincidence that it’s the one that’s proved itself time and time and time again. If I can’t do something, or can’t do it as well as it needs to be done, then I’ll find someone who can.

That sounds obvious with something like DIY – I’m much better getting someone to fix something than mess it up myself first and then pay someone to fix that whilst openly judging me for the horrible mess I’ve made as I make them a cup of incredibly sweet tea.

Perhaps it’s less obvious when we’re talking work stuff. I mean, who wants to openly admit – to themselves, let alone anyone else – that they’re a bit crap at something?

By admitting that to myself and to others I can surround myself with people who can do stuff I can’t do – or who can do it better than I could – and then let them get on with it. In fact my role then becomes very simple. I’m there to make sure they can do their best work. To remove any barriers that might make things harder for them. To make sure they feel valued, and trusted, and supported to do the thing that they’re so good at doing. It’s become maybe the most important thing I can do.

But to do any of these things – perhaps apart from the first – you have to first admit to yourself that you don’t know what you’re doing. And that takes self-awareness and humility in equal measure.

And if you’ve got the opposite – someone with a refusal or inability to know or admit that they don’t know what they’re doing, coupled with self-assuredness, rampant ego, unconstrained entitlement, misplaced confidence… well then we’re in trouble my friend. Especially if they surround themselves with other people like that too.

Not that anyone like that would ever get in charge anywhere. I mean, imagine a situation where your country were run by people like that?! Imagine how poor the decision making would be?

Imagine where it could end up.

Happy lockdown to my UK friends, with the hope of an end on the distant horizon.

Love and peace to my US friends, with the knowledge that your wonderful country will come back even stronger.

Happy New Year folks. It’s been quite a trip so far, right?